The Mahindra Scorpio, an SUV that stands for something so much more than the sum of all its virtues and shortcomings. 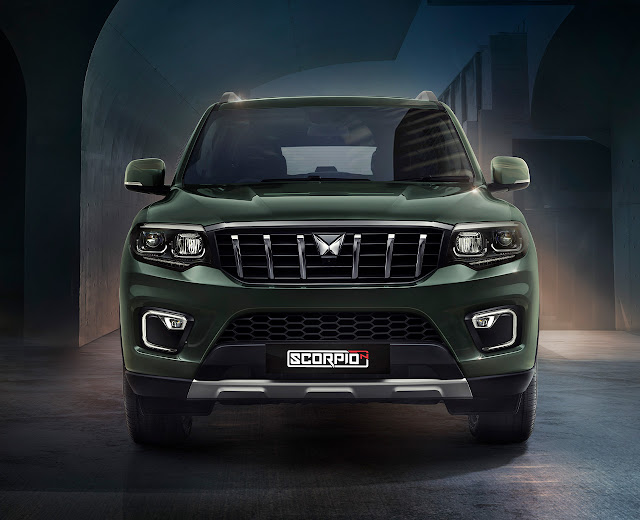 The Mahindra Scorpio, an SUV that stands for something so much more than the sum of all its virtues and shortcomings, will be in production for the 20th consecutive year in 2022. The Scorpio was Mahindra's first vehicle for the international markets in 2002, and at the time, it had a strong on-road presence and plenty of utility. When it comes to broad appeal in 2022, the brand-new Scorpio-N is in for an even larger fight. Can it, however, recapture the original's magic? Let's investigate.

The new Scorpio has a more rounded and mature appearance as opposed to the previous model's butch, in-your-face style. But because of its magnitude, presence is not lacking. It is also substantially broader, longer, and has a longer wheelbase. However, in comparison to the old car, it is shorter in height.

The Scorpio N sports the recognisable Mahindra grille up front, which has chrome accents. When combined with the muscular bumper, it gives the appearance of being highly purposeful. The fog lamps are LED as well as the appealing projector headlight style. Interestingly, the scorpion's tail served as inspiration for the design of the LED DRL strips.

The rear quarter glass surrounding chrome strip and scorpion tail design treatment give the Scorpio a bulky appearance from a profile. The wide wheel arches and strong shoulder line give it more muscle.

Design-wise, the back is the weakest. Although the Volvo-inspired tail lamps are beautiful, the Scorpio N appears narrow and more like an MPV than an SUV when viewed from the rear. The back could have used a little more muscle for sure. 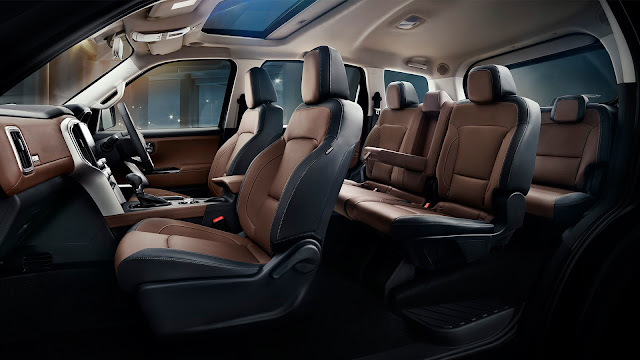 At least two generations have passed since the last Scorpio N. Because Mahindra used the colours brown and black, the dash design appears contemporary and upscale. The Scorpio N's interior seems upscale thanks to the use of quality materials at key contact spots including the steering wheel, armrests, and dash panel. It isn't flawless in terms of quality, though. Scratchy plastics and a lacklustre fit and finish can be found lower on the centre console, where there are also several panel gaps.
Due to the high seats, getting in and out of the new Scorpio is not the easiest, especially for the elderly. Mahindra provided a grab grip on the A-pillar to make getting into the front seat at least a little bit easier. The front seats are exceptionally comfortable, with strong shape and under-thigh support. The driver enjoys a dominating perspective of the surroundings, just like in the old car, thanks to the lofty seating position, short dash, and low window line. A motorised driver seat is included in the top-tier Z8 L model, making it simpler to reach the optimal driving position.

You have the choice of a captain's seat or a bench in the middle row. However, the captain's chairs are only offered on the top model. The captain's chairs provide excellent back support and enough under-thigh support, making them very comfortable. On the other hand, the bench seat is less supportive and a little flatter. Therefore, the captain's chairs will be the preferred option for those using a chauffeur. There is plenty of room as well, with ample head and knee room and a reclining backrest to assist you to find a comfortable posture.

With the Z8 edition, the Scorpio N, which already has a tonne of equipment, adds a single-pane sunroof, dual-zone climate control, leather upholstery, push-button start, linked car technology, automatic headlamps, automatic wipers, front and back cameras, and a wireless phone charger. The motorised driver seat and 12-speaker Sony audio system are included with the top L model.
The good news is that a touchscreen infotainment system is included with every variation, and the highest variant's screen is 8 inches. The infotainment system, unfortunately, is not the greatest on the market in terms of visuals, clarity, or touch responsiveness. Additionally, you.

The diesel automatic version of the Scorpio-N that we have driven is perhaps a favourite in tier-1 markets. Therefore, the 2.2-litre mHawk diesel engine that now drives the XUV700 will remain the same, which can only mean one thing: tonnes of pulling power and overall performance that is smooth. Despite weighing in at a hefty 2,070 kg (as tested), the Scorpio-engine N's produces 172 horsepower and up to 400 Nm of torque (the diesel manual version produces 370 Nm), resulting in an often surprisingly effortless driving.

The Scorpio-N has significantly outperformed the previous generation Scorpio in this particular location, which incidentally will continue to be offered. In comparison to the previous model, the Scorpio-ladder N's frame weighs 213 kg, which is 10% lighter, while the body weighs 293 kg, which is 13% lighter. Mahindra asserts that the use of 41% high-strength steel, the greatest percentage among all vehicles in its segment, results in a stronger shell and better torsional rigidity. Even the ladder frame is made of steel that is 81% high strength. In terms of configuration, it uses a Watt linkage in the back and a double-wishbone independent front. The body can move vertically while the axle remains lateral to the frame thanks to this fairly unusual rear configuration. 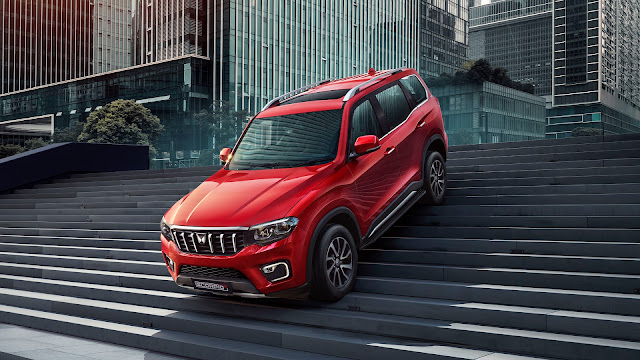 The earlier Scorpios have always had some dip and rebound over undulating terrain in terms of ride quality. The Scorpio-N, however, has a more mature riding style; it maintains a flat profile over undulating terrain and, more critically, the lateral movements are kept under control at high speeds. Now, regardless of how bumpy or gritty the road surface is, the comfortable ride provided by the N is indisputable if you keep your speed below the posted limits. Like the old Scorpio, it is flexible but predictable, and it smothers practically everything in its path.

Some would contend that the Scorpio-design N's is a little too dated, especially in comparison to subsequent models from Mahindra. Now, appearances can vary, and while the Scorpio-N appears threatening and well-balanced from the outside, the interior appears to be rather easy and uncomplicated. In reality, the coffee-black upholstery, which appears elegant and exudes plushness, serves as the cabin's main focal point. There is a lot of soft-touch padding throughout the vehicle, as well as high-quality components like grab handles on all of the doors, wiper/light stalks, and air conditioning vents. The dual rails around the centre console and the air vents, which have a metal appearance, are nice contrasts.

There is lots of space up front, and there are compartments for storage. Large and spacious seats with good under-thigh support are available. Additionally, you receive a functional armrest, which adds a little bit of comfort to long-distance driving. The second row would also be very comfortable for those on it, with plenty of leg and shoulder room. Three adults can easily fit on the bench seat of the Scorpio-N because of its width.

It can be a little tight to fit into the third row in this bench seat version because the centre row doesn't slide forward. If we're being honest, the place here is solely suitable for children. You wind up sitting in a confined space with your knees locked in as a result of the high floor and low seat.

It can be a little tight to fit into the third row in this bench seat version because the centre row doesn't slide forward. If we're being honest, the place here is solely suitable for children. You wind up sitting in a confined space with your knees locked in as a result of the high floor and low seat.

The new Scorpio-N is a grand-size, two-ton tutorial on how evolution should be done. The Scorpio bloodline has evolved through time from a somewhat crude and simple SUV to one that is unexpectedly luxurious yet unsurprisingly practical. The Scorpio-N is your best option if you're looking for a sturdy ladder-frame SUV that is comfortable to drive in the city and can handle poor roads with ease. Sure, it still has some chinks in its armour (read: a tight third row and missing crucial amenities). The Scorpio-N is a fantastic all-around SUV thanks to its refined performance, upscale furnishings, and enormous road presence. In fact, it might even attract many people who are now considering the XUV700.